The kinder, gentler version of the Windy rolled out on July 25th and ended up also being the easiest, shortest, best attended and record # of flat tires (20ish?) so far.  No 160+ mile days at 20mph this year. 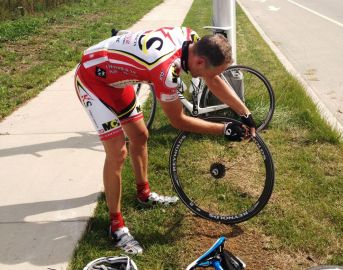 Almost no one was immune this year (technically).

Riding through the urban jungle (Racine is beautiful in July…) means riding through lots of crap on the road, so daily flats became a part of the experience.  500.4 miles and just 8,208 feet of elevation gain. 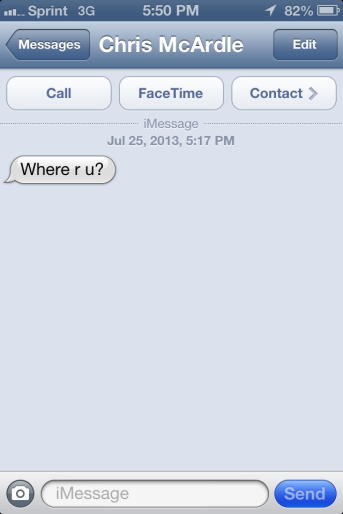 This ride has grown a bit since its inception 3 years ago.  Back then it was just 4 guys on bikes who shipped a small box of stuff to a couple of hotels.  No support.  This year we had a full-sized Suburban full of crap, a skilled driver who always made sure the PBR was stocked and cold when we rolled in, and 9 riders.

Speaking of PBR, this year we combined the Windy 500 with another ride: “the PBR”.  If you know the ride, consider yourself down.  It’s a slower paced 150 miles over 2 days punctuated with awesome food, lots of wine and other beverages. 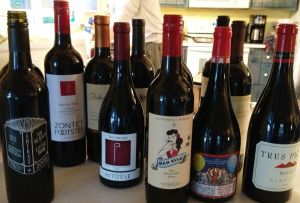 Because we would be behind on mileage for the first 2 days, we rode out to Palmyra (the “P” in the PBR ride) on Thursday night.  Mileage looked like this for the long weekend:

We’ve gone North & West and since you can’t go East of Milwaukee without a seaworthy vessel, we headed South this year.

Chicago and Northern Indiana don’t really offer much in the way of beautiful scenery, so the vibe was markedly different from years past. 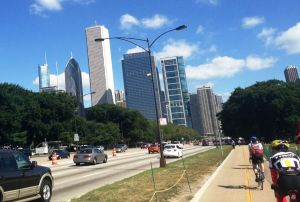 The route did offer lots of places to stop (although some were in areas that you couldn’t have paid us to stop in) and lots of “local color” as Chris McArdle pointed out.

All in all – another successful long weekend of nothing but riding, eating, drinking and smack talk. 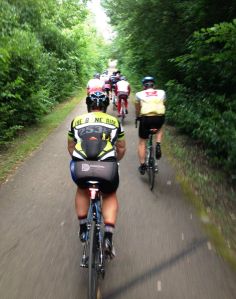 We ended up on a lots of Rails to Trails segments, usually a better alternative than the Ghetto Ride. 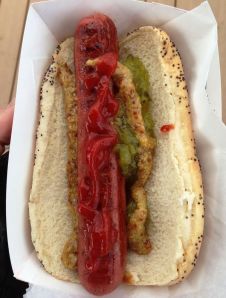 I changed a lot of flats. All on Lampe’s bike. 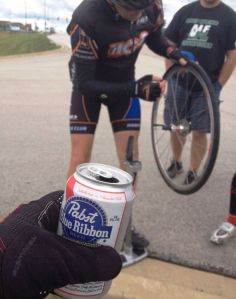 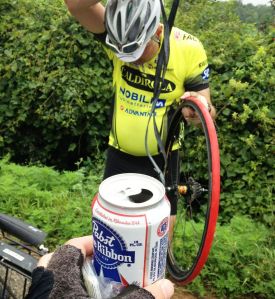 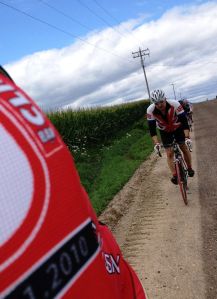 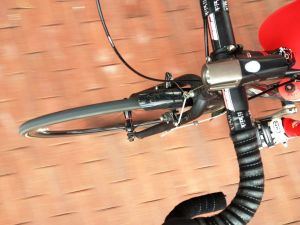 As the rookies said, count me in for next year!  Already planning for 2014, when we may head back to ‘da UP again…