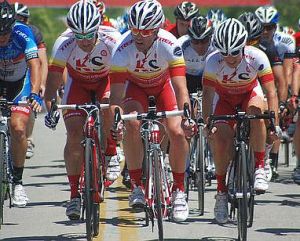 This is always my favorite time of the cycling season.  Road racing is done and riding can be done for the sake of just riding.

I just wrapped up my annual 500 mile bike trip (the “Windy 500“).  It was by far the best yet.  I thought a lot, about a lot of things and sometimes nothing at all.  This is my attempt to get those things and that nothing out of my head.

Prior to starting the Windy 500 ride, I had only ever taken one overnight trip with friends as an adult.  September 13, 1992.  Madison, Wisconsin.  That ramble was truly unforgettable, but for whatever reason I never made time to take a trip with friends again for almost 20 years.

Back in ’92 I was working as the Manager at Vic Tanny and a couple of my co-workers and I hatched a plan to go skydiving.  None of us had ever done it, and I had a mild fear of heights so I figured this would be a surefire cure.  Long story short, we arranged a trip to Seven Hills Skydiving in Madison.  The day was to be capped off with a U2 and Public Enemy concert at Camp Randall Stadium.

The vast majority of people who “go skydiving” do a tandem jump.  They are strapped to someone like a reverse backpack and the experienced jumper takes them along for the ride.  Thrilling for some I’m sure, but we were after our own individual experience.  We opted for an “IAD” jump – Instructor Aided Deployment.  In order to perform an IAD, you are required to attend an all-day classroom and outdoor simulation training “boot camp”.  This teaches you to actually skydive and allows you to do everything on your own, except pull the chute open.

The class began promptly at 8:00am and there were about 20 of us.  We read, watched videos and took a short break here or there.  In the afternoon, we began training outside.  We learned how to do a ‘PLF’ in a big bed of pea gravel.  PLFs or Parachute Landing Falls are designed to keep your toes from poking out of the top of your skull when you hit the ground, should your chute and reserve chute both fail to open properly.  You turn your knees one way and your head and shoulders the opposite to create a spring-like effect with your body.  I could show you one right now – haven’t even thought about it since my last jump about 17 years ago.  There were plenty of other things to learn and remember that day, but the primary drill that we repeated about 8,956 times was this:

“Eyes on Red, Hands on Red

It’s a lifesaving exercise that cuts your main chute away (should the primary chute malfunction) and deploys your back-up chute.  I can show it to you right now.  Ask me to do it while I’m sleeping tonight.  I’ll show you.

When it was my turn to jump I stepped out the door on that little plane, X-thousand feet up in the sky, onto a tiny ledge only wide enough for one foot.  I inched my hands up the wing strut and crossed my left foot behind the other, stepped off the ledge and I was flying next to the plane – Superman-style.  I turned my head to the left and yelled “Check in!”.  My jump-master yelled “Skydive!”.  I let go of the plane, and as I did he tossed my pilot chute (the “rip cord”) out behind me.  My stomach vaulted into my throat as I fell away from the plane.  My chute opened, filled with air and I was suspended in the silent September afternoon.  The only noises were the hum of the airplane getting farther away and an occasional command coming over the one-way radio strapped to my shoulder.  There I was – flying.  Just like every kid dreams about.  A quick mental check-list confirmed that I was still alive and my mind was free to check-out completely. 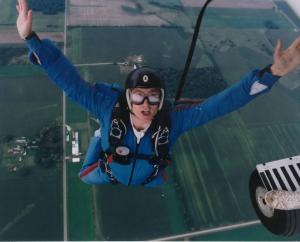 The reason that I was able to jump successfully is that the actions I needed to take had been pounded in to my subconscious.  I wasn’t thinking about what I had to do any more than I was thinking about breathing.  The steps were automatic.  My conscious mind had absolutely zero responsibility, so for the first time that I could remember I was able to dream while wide-awake.  Which leads me back to the ride I just finished…

Part of the fun of doing a 500 mile ride in 4 days is answering people’s questions along the way.  Most non-cyclists look at us like aliens when we’re in Escanaba, Michigan and they ask where we came from.

The vast majority of people just have no frame of reference to riding 125 miles on a bike, especially for 4 days in a row.  But here’s the secret sauce they don’t know about: anyone can do it.  After a few hundred miles your subconscious kicks in. Right pedal, left pedal, right pedal, left…  Like some kind of hypnotic Dr. Seuss book.  Suddenly you’re moving along at 20+ miles an hour, mesmerized by the guy’s socks or wheel in front of you.  You trim power, you add power.  Slight adjustments.  You’re tucked in, your front wheel rolls along six inches from his rear wheel.  Five inches apart, seven inches apart.  Your brain’s on cruise control.  Sun is shining – the trees all start to look the same.  THAT’S when I experience absolute freedom.

Just like words and pictures can never replace experiencing the mountains or the ocean for the first time, I won’t pretend to be able to describe the feeling of absolute freedom.  There’s a freedom and purity that comes with absolute focus – where you bury yourself in the effort.  I’ve been there many times.  But that is a conscious decision to focus on nothing but one thing.  Not your subconscious giving you a wink and a nod – “…go ahead, take the day off.  Nobody’s watching…” 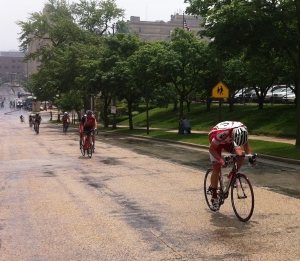 Back in 1980 a movie called Altered States came out.  It was essentially about what happens when you truly eliminate all outside noise/stimuli and just let your mind go.  If I’m lucky enough, THAT’S what happens to me every year on the Windy 500 trip.  Sometimes it doesn’t at all.  When it does it’s probably only for 10 or 15 minutes at the most.  But that experience cannot be bought or sold, for any amount of money.

This year’s ride was the perfect storm; a great route, pancake flat sections with no traffic for miles and a  great group of guys taking monster pulls.  About 200 miles in I lost all sense of space and time.  I thought of absolutely nothing for about 15 minutes.  No idea where I was, what I was doing, the time or date… nothing.  I was dreaming wide awake, rolling along the country-side 2nd wheel at about 21 or 22 mph.  That is not to say I wasn’t paying attention and I was probably going to cause a crash or veer off the road into a tree.  My subconscious had everything under control.  If anything out of the norm were to happen, I would have instantly reacted.  But for that brief moment in time I was absolutely free.  Flying like I had just jumped out of a plane. 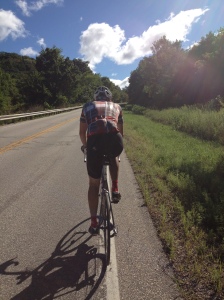 2 thoughts on “Getting there…”